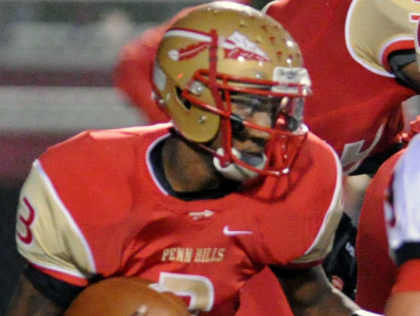 Welcome to another edition of POPCHOCK ON PREPS, the first regular feature of the all-new POPCHOCK SAYS:! To see how Popchock can help cover and promote your company or event, visit Rubino Productions–serving the community in ways you haven’t imagined.

If you’re interested in buying photos from the POPCHOCK ON PREPS High School Football Game of the Week between Kittanning and Apollo-Ridge for editorial or personal use, visit Champs Photography online, or contact Jason Heffran at 878-302-7000. For custom player photos, “sportrait” concepts, team photos, or game action photos you can’t get anywhere else, ChampsPhoto.com is your one-stop shop.

Follow me on Twitter Friday night for more on Week 4 of the WPIAL football season, and be sure to tag your tweets #PopchockOnPreps so we can all join the conversation!

POPCHOCK SAYS: I, too, touched on this recently, and it’s time to explore it again as I discuss my POPCHOCK ON PREPS High School Football Game of the Week:

If Chris were reading this blog, and he happened to see my remark from earlier this week about how this game would be “an interesting, hard-hitting clash of conventional styles,” he might have disagreed. But when I used the word “conventional,” I took into consideration, as I see Oregonian offenses becoming more and more popular in WPIAL football, that unconventional seems to be the new “conventional.”

However, it doesn’t change the fact that Mount Lebanon still loves to run, as versatile quarterback Eddie Jenkins and tailback Joey Stabile demonstrated in an easy Week 3 win over Baldwin:

That dynamic duo has helped Lebo climb to No. 8 in the WPIAL in total offense. Jenkins has 528 offensive yards through Week 3, which is roughly half the team’s entire output, and has accounted for 11 touchdowns (eight passing) already.

Penn Hills also has a running quarterback, Billy Kisner, at the trigger. He’s attracted attention from Pitt and Penn State, and I was impressed with him when I personally saw him burst onto the scene as a sophomore:

Compared to Jenkins, he’s racked up only 355 offensive yards and three total TDs, but that could just mean we haven’t seen him at his best yet. Former City League product Te’Shan Campbell has spelled him effectively, leading a deep backfield with 265 rushing yards and six scores through Week 3. The Indians, as a team, rank third in Quad-A–just ahead of Lebo–in rushing offense.

Campbell can also make big plays in head coach John Peterman’s secondary, and the Blue Devils know a thing or two about that after last year’s meeting:

I think Penn Hills has definitely matured since I last saw the Indians. That season-opener against Upper St. Clair was an eye-opener; if you don’t believe, Penn Hills has a nice game film page for its football team, so you can see for yourself. The last time I saw them (against visiting USC, coincidentally), Kisner looked good, but they couldn’t get out of their own way (i.e.: turnovers), and they just couldn’t sustain drives. Penn Hills needs to shorten the game and keep Mount Lebanon’s fast-paced offense off the field as much as possible, and they’ve shown they can do that by running the ball.

To wit, I have to give Peterman as much credit as I give Lebo coach Mike Melnyk for their respective teams’ turnarounds. Penn Hills went downhill when Neil Gordon went out the door, but Peterman, who also serves as the school’s athletic director, seems to have restored sanity to that program. The Indians look like a probable playoff team out of the Southeastern Conference.

Having said that, both teams have the tougher part of their schedules slanted toward the end of the season, so this game is equally important to both teams if they wish to extend their season into November. And if Jenkins has an easy time airing the ball out for Lebo, the Blue Devils, who have won four straight meetings, will continue the current trend in this rivalry.

Here are some quick words on a few other interesting Week 4 contests:

POPCHOCK SAYS: Altoona features a Pitt commit, linebacker Kevin Givens, as the star of its defense, so that’s worth noting. But the Warriors made a profound statement at McKeesport last Saturday, and I look for their offense to keep it going.

POPCHOCK SAYS: I believe in what Pat Carey is doing, and will continue to do, with his old team. But if you thought back in August that North Hills would be the favorite in this game, and that Seneca Valley would fall completely apart, you’re a football Nostradamus of some kind. And yes, my crystal ball says the Big Red will protect their house.

POPCHOCK SAYS: Former Pitt coach Walt Harris worked with the Knights’ offense in the offseason, and since pretty much everything Pitt football touches is turning to gold right now, I’m making the trendy pick. Tom Nola may make the Gators better in the long run, but certain frailties facing him and that program are being exploited at the moment.

POPCHOCK SAYS: Don’t look now, but the Golden Lions have one of the best overall defenses in the district after three games. I think they can make a postseason push out of the Greater Allegheny Conference, starting tonight, because the Planets just aren’t the same without Josh Schultheis.

POPCHOCK SAYS: Things don’t get any easier for the two Allegheny Conference teams I saw last week (Kittanning, meanwhile, has to deal with Highlands). Tre Tipton is a Pitt commit. Pitt head coach Paul Chryst has confessed a guilty fondness for Miley Cyrus. Dynamic Lewis Berry is playing some inspired football for the Indians, but the No. 1 offense in the WPIAL can’t stop, and won’t stop. See what I did there?

POPCHOCK SAYS: Dewayne Murray is indeed a beast. I can vouch for that. And he’s only a sophomore. But the Rebels are playing the kind of team defense that looks built to contain him in this pivotal Century Conference matchup.

POPCHOCK SAYS: Up goes Frazier! Up goes Frazier! (Been hanging onto that one for a while.) The Commodores are flying under the radar with one of the top offenses in Class A. It’s a very balanced unit, and it will push them to the top of the Tri-County South in Week 4.

POPCHOCK SAYS: Without much action in Class A this week, it’s a good time to point you to a story by the PG’s Mike White about how Saturday high school football around here has become like riding the train; it’s quaint, but hardly anyone does it anymore. Respectfully, as an aspiring college football aficionado, I consider that a plus. But in the meantime, I predict the Royals, fresh off their first official win as a WPIAL member, will make the Golden Beavers wish it were Sunday already.

Once again, I’ll be at Penn Hills for more on its game against Mount Lebanon. Follow me on Twitter accordingly (see the column on the right of your desktop browser), and remember to tag your tweets #PopchockOnPreps so we can all join the conversation!

I’m Matt Popchock, and that’s all she wrote.